This isn’t the first time the media has tried to not just sweep under rug but peddle the contrary. Maybe we could give them the benefit of the doubt if they weren’t so CONSISTENTLY peddling the opposite of the truth:

— For months the media pushed the false narrative that hydroxychloroquine did not work and the hydroxychloroquine + Azithromycin + zinc was ineffectual. How many lives were lost due to this false info and due to governors over reach, banning and stock piling to prevent use ?? This should enrage anyone whose family members were denied the life saving drug.

— Thé CDC has COMBINED the #s of Pneumonia, influenza and Covid19, it is now called PIC. Why would they do that instead of differentiating ? 🤔

What they’re not telling you is the death rate. The death rate is falling. But you don’t know that because they are simply reporting this massive increase in cases. And you’re supposed to assume that every case equals a death. This is due to media irresponsibility and propaganda as well. So record number of cases in Florida set every day. Not in deaths, folks.

The number… In fact, you’d be stunned. You probably think that the number-one state for deaths due to coronavirus… What would you say? Probably Florida, right, based on the reporting? I mean, 10,000 new cases a day, every new day is a record. “There are 11,000 new cases! Oh, my God. Shutting down the bars and restaurants in Miami. Oh, my God! Shutting down in Palm Beach. Oh, my God!”

You think that death is crazy high in Florida and in Texas. Notice all these states that they’re reporting have these massive increases in cases — Texas, Florida. (They don’t tell you about Georgia, by the way.) Well, I have a little chart here, folks, “COVID-19 Deaths Per Million,” and the number-one state for deaths — and this is not a factor of population because this is per million.

The number-one state where death is occurring to COVID-19’s New Jersey. “Wait a minute, New Jersey? I don’t even hear about New Jersey on the news. New Jersey? They’re not even telling me about the number of new cases in New Jersey. All I’m hearing about is Florida and Texas.” Yep. It’s 1,718 deaths per million in New Jersey. Do you know what number two is?

Well, let’s see. The United States average, by the way, the 400. So Florida… Let’s see Texas. Texas is 91 deaths per million. Texas. And yet the news you hear every day is all these new cases. “Massive new cases, record numbers of new cases in Florida, in Texas. We gotta shut down the country. Oh, my God! It’s getting out of control again.”

Well, the number of people dying in Texas and Florida — and of course one is too many. Don’t misunderstand. But we’re nowhere near… In Florida or Texas, we’re nowhere near the leading states, which are New York and New Jersey. Following that, by the way, Connecticut, Massachusetts, Rhode Island, D.C., Louisiana, Michigan, Illinois. So you have to get…

Let’s see. Ohio is 251 deaths per million. Let’s see. Let me find Arizona ’cause it’s another state they’re pushing big. Where is Arizona? Arizona may be so low it’s not on the list. Arizona is at 250, it looks like, right under Ohio, at 251. But you wouldn’t know this, because they’re not telling you. They’re not reporting the number of deaths per million.

In other words, they’re not reporting the survivability rate. 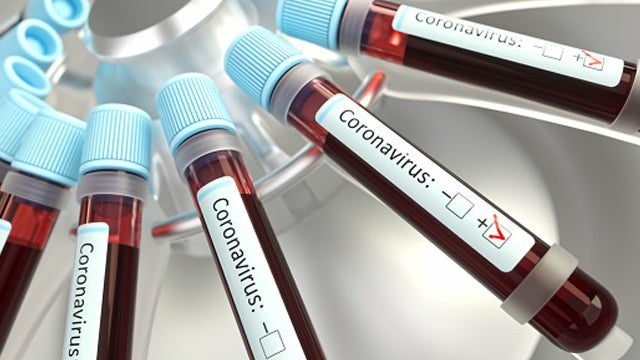 The answer here is don’t mandate closures. Don’t mandate social distancing. Don’t even mandate mask wearing. Encourage people who are old or who have a compromised immune system to stay quarantined, stay hidden away. Do not go out. But let the young and the healthy go out and live their lives. Go ahead and live their lives and spread herd immunity because that’s ultimately — ’til we get therapeutics or a vaccine, herd immunity is — gonna be the answer to this.

RUSH: Folks, you just have to remember — you have to try to remember — the vast majority of what you’re reading or seeing in media just isn’t true. It’s stunning how much of it’s not true but it’s the fact of the matter. Get used to it.

RUSH: I have a fascinating piece here from Townhall, Katie Pavlich is the editor of Townhall. Kevin McCullough writes the piece. The headline: “Six Weeks, Six Cities, 600 Murders.”

And here’s the lead. “The single most important domestic issue of our time is not the rising number of new people testing positive for COVID-19.” You know why? COVID-19 deaths have hit an all-time low.

It is not the case. Like New Jersey and New York, number one and number two in deaths per million. Florida and Texas are halfway down the list. It’s not even close. And yet you think the virus is out of control killing people in Florida and Texas and Arizona. It isn’t.

COVID-19 deaths have hit all-time lows, expressed as a percentage, because we are finding more people who’ve been infected by way of testing, any number of things. The more people infected, folks, it stands to reason that those numbers are gonna increase. But at the same time the number of deaths is going to plummet. The fatality rate is gonna get smaller and smaller and smaller.

No, “The single most important domestic issue of our time is not even the continued economic hardship of a nation that was artificially shut down and sent spiraling into a faux recession,” which is exactly what it was. The shutdown was never necessary. It wasn’t needed. It was a faux recession. It was entirely artificial.

There was no weakness in the U.S. economy. There was no reason in the economy for what happened to it. We simply shut it down. We had a three-year, roaring economy that in two months we destroyed. And the Democrat Party is living off of that to this day.

“Millions of jobs have been added over the past 60 days and the skyrocketing unemployment has turned around to nearly where it was percent wise in most of the Obama early years.” The Obama average unemployment rate was 9.9%. Do you know that? With Trump it’s 3.7. The unemployment rate right now is 11.1%. Nope!”